If you were to be searching for MOS Burger at Bugis Junction, then you’re in for the first disappointment, cause that place has been replaced by a new Hong Kong restaurant called SIFU, or known as “Master” if you translate that from Mandarin to English.

Met my friends during lunch time there, the crowd at the restaurant is OK, not fully seated, almost 75%?

First of all, it’s not your regular “Cha-Chan-Teng” type of HK restaurant, they don’t serve the luncheon meat with instant noodles, though that’s probably one of the most common dishes I order, haha. And be prepared for a price that’s higher than your regular Xing Wang or Kim Gary, which comes the 2nd disappointment, sort of. As you expect better food with the pricey tag. 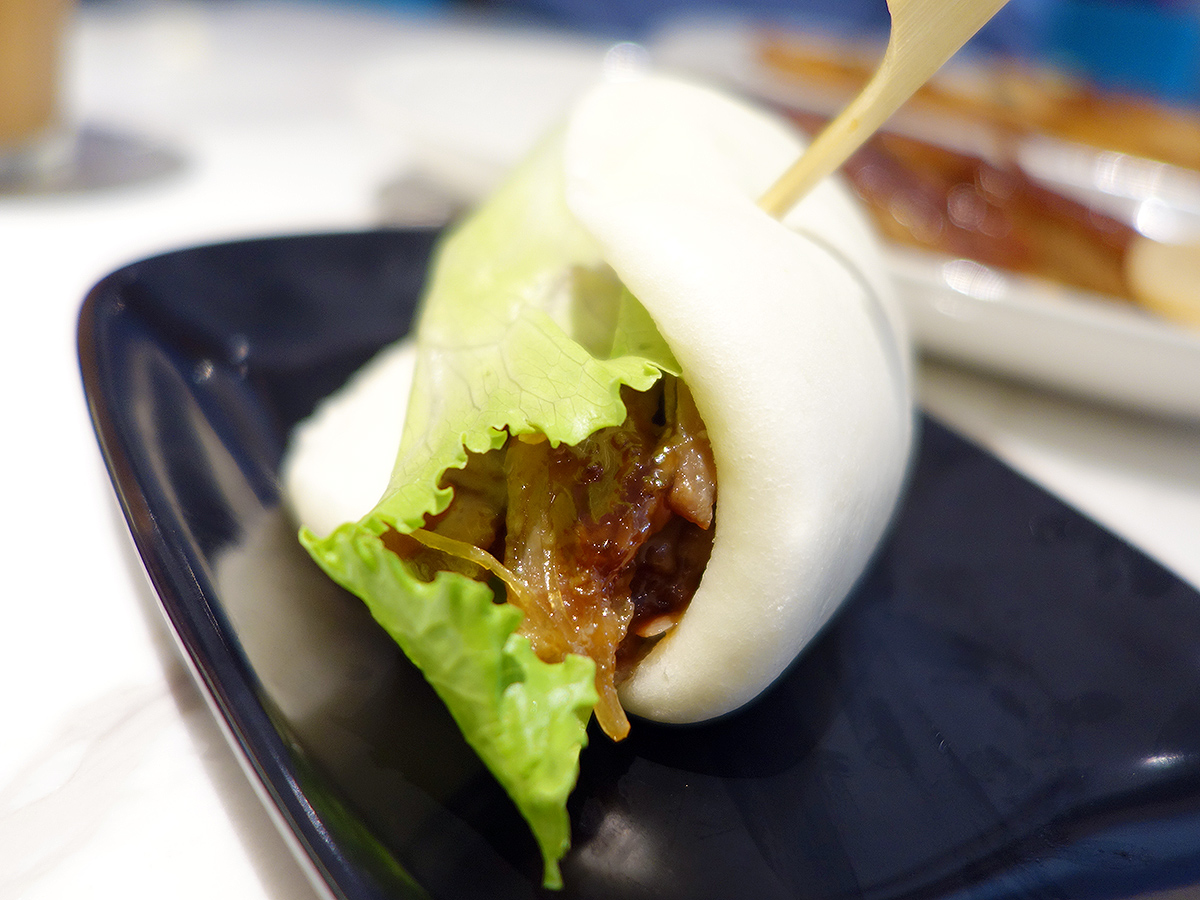 I didn’t manage to taste this sort of “Kong Ba” bun, but I think the reviews from my friends was it’s still OK. The meat looks really marinated well?

This was supposed to be one of their signature dishes? The Pork Ribs, but actually it felt so-so, though it’s seasoned well, but it just lacked the kick of having pork ribs, and I’m not sure why the food there seems to turn cold faster than usual?

This was one of the better dishes that we agreed on, the toast was crispy and you can taste the prawn fillings, though there could probably be more prawn? And their chilli is kinda like the Thai style type, which is a funny combi for a HK restaurant? It’s a little tad oily too, they probably double fried it so the toast absorbed a lot of oil.

After having read some reviews on blogs, we decided not to get the dried noodles, so we get the soup hor fun instead, you can choose between hor fun or the rice vermicelli for this noodle soup. The soup was tasty, with hint of milk, something like your fried fish soup, but the taste is somewhat different. Chicken chop was OK, tender enough and marinated well. Again, it just lacked the wow.

The pork chop was one of my favourite here, it tasted some what like the Din Tai Fung version, but I still prefer Din Tai Fung’s one as theirs had more garlic flavour which makes it really enjoyable. This one’s not that bad either and it’s quite a big piece of pork chop.

Overall, the food isn’t that bad, just probably not worth the price you’re paying for. The ambience is good though, so it looks posh enough and the seats are comfortable. Hopefully their food can match the looks and price so that customers won’t feel disappointed again~

Gadgets and food is my life, other than work life (and daydreaming), I often spend time reading latest technology trends and exploring new food in Singapore.

This site uses Akismet to reduce spam. Learn how your comment data is processed.

First Ever Cafe Fest in Singapore!

Made with in Singapore